Due to the broad interests of our 57 clubs and 32,000 affiliated members the NZ Sport Fishing Council submits on a range of issues. There are many factors that affect our ability to fish and enjoy a healthy marine environment. All submissions are made with the objective of achieving “more fish in the water”.

The following is a list of submissions made during 2011, with the most recent document at the top.

The New Zealand Sport Fishing Council acknowledge and appreciate the enormous amount of effort that has gone into developing the draft Strategy by Te Korowai o Te Tai o Marokura. This community proposal for local management includes a whale sanctuary, taiapure, mataitai, marine reserves and lower recreational daily bag limits. These can be achieved through current legislation, no alternative proposals are necessary. Follow the process & download the documents here.

Three recommendations are made in this submission:

In this submission the New Zealand Sport Fishing Council seeks amendment to the Plan.

Amend the reference to stakeholders and key stakeholders so as to include  non-commercial fishing interests, both customary and recreational.

Also, delete from the Auckland and Marine and Coastal Environment maps the “indicative marine protected areas and coastal protection areas”. These have not been consulted on and ought to be included in a marine spatial plan with clear, legislative foundations explained.

The NZSFC representatives Stuart Ryan, barrister, and Scott Macindoe, will be addressing the Auckland Council hearing on 22 November 2011.

This NZSFC submission was sent to the Ministerial Panel established to inquire into the use and operation of Foreign Charter Vessels (FCVs) in New Zealand waters.

This submission was sent in late, but covers some important issues not addressed in the other 70 submissions to the Inquiry Panel. Bare boat charters and New Zealand crew is the only permissible FCV model.

The NZ Sport Fishing Council does not believe all the crayfish stocks are being managed at sufficient abundance levels to enable people to provide for their social, economic and cultural wellbeing, as required by the Fisheries Act 1996.

The NZSFC objects to the ongoing mismanagement of many of the Crayfish stocks and requested that our objection be highlighted to the Minister in the Final Advice Paper. 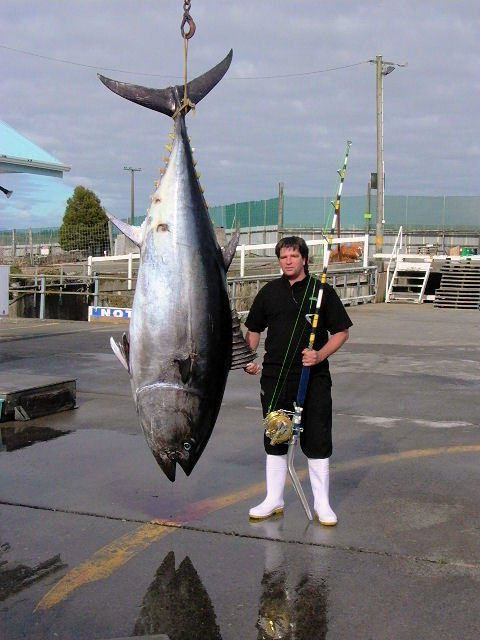 Pacific bluefin tuna were introduced into the Quota Management System in 2004 and an allowance of one tonne was made for recreational interests. Since 2007 a game fishery has developed off the South Island’s west coast and recreational take is now exceeding that allowance. The Ministry of Fisheries proposed to increase the Total Allowable Catch (TAC) and the recreational allowance by 24 tonne.

NZSFC advocated for an allowance increase of 24 tonne, but that the TAC remain at 120 tonne and the Total Allowable Commercial Catch (TACC) be reduced. The Minister agreed with MFish and increased both the recreational allowance and the TAC. 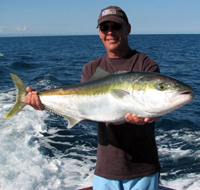 In Kingfish 8, off the North Island’s west coast, the Total Allowable Commercial Catch (TACC) was set to keep commercial harvest at bycatch levels. The 36 tonne TACC has been exceeded every year since 2003. MFish proposed to increase the TACC to 45 tonne. NZSFC argued against increasing the TACC based on commercial over-catch. This is not sound fisheries management.

Nationwide bluenose stocks need rebuilding. NZSFC agree that Total Allowable Commercial Catches (TACCs) need to be cut to bycatch levels, but reject the pre-determined reductions to recreational daily bag limits. Commercial fishers have thumped bluenose for many years. Those responsible for depleting the fishery ought to rebuild the stock.

The Minister agreed with MFish’s recommendations, to reduce recreational bag limits and a phased TACC reduction. 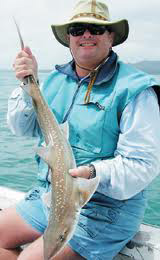 Rig, spotted dogfish, is an important catch for all interests in Area 2, between Cape Runaway and Wellington. Commercial catch has exceeded legal limits for 20 years. NZSFC argued against increasing the Total Allowable Commercial Catch (TACC). Trawl mesh size needed to be increased to 125mm to avoid these excess fish.

The Minister followed MFish’s advice and increased the Total Allowable Catch (TAC) and the TACC.

Most of the catch taken in Blue cod 5 is harvested from Foveaux Strait. BCO5 is depleted but MFish only offered one option out of three to reduce actual commercial catch. Two out of three management options proposed recreational bag limit reductions of 33 or 66%. NZSFC argued against the bag limit reductions based on the evidence provided by MFish.

The Minister agreed with MFish’s recommendation and unfairly reduced the daily bag limits and the TACC, without reducing actual commercial catch.

Recreational fishers take most of the Blue cod in Area 8, lower west coast North Island. MFish proposed to reduce the overall recreational allowance and the daily bag limit while cutting the Total Allowable Commercial Catch (TACC), but not reducing actual commercial catch. NZSFC argued the TACC ought to be set at current catch levels and the current recreational allowance retained.

The Minister agreed with his Ministry and cut the recreational bag limits in half and reduced the TACC to 34 tonnes, the highest recent recorded commercial catch.

The NZ Sport Fishing Council is seriously concerned about the mismanagement of our Rock Lobster fisheries. This submission is a joint initiative of the NZSFC and option 4. The objective of the submission is to achieve the goal of ‘more fish in the water’.