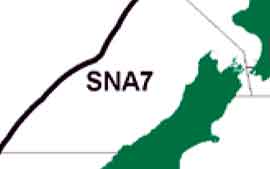 On June 10th the Ministry for Primary Industries (MPI) advised they were consulting on options for the future management of Snapper 7 (SNA7), spanning the northern, western and eastern coasts of the South Island.

MPI has proposed two options, one being the status quo, the other includes a 50 tonne increase to the commercial catch level, and increases to the allowances for non-commercial fishing and a new allowance for other, fishing related mortality. There are no proposed changes to the personal, daily bag limit or fish minimum size limit.

The New Zealand Sport Fishing Council will be submitting a response to the proposals. We strongly object to the short consultation timeframe offered by the Ministry. This time we had 21 working days, totally inadequate for us as a volunteer organisation to firstly review and understand the proposals, research background information, prepare a response and then talk with affected members and supporters in the lower North Island and South Island.

To aid the discussions and to generate feedback the Council compiled a Preliminary view on Snapper 7 and John dory. This document outlines the initial issues we identified while reading the proposal documents. A submission is underway and will be posted online after it has been sent to the Ministry.

The Snapper 7 discussion and recommendations are on pages 149 to 170.

The Ministry for Primary Industries received 31 submissions in response to their proposed two options for the future management of Snapper 7 (SNA7). Of those submissions 24 were from individuals, 4 were from commercial interests and three were from recreational fishing interests, including the NZSFC – LegaSea submission.

The New Zealand Sport Fishing Council submits the Snapper 7 fishery is in a state of sustainable depletion – that is the fishery was overfished in the 1970s and 80s, it remains below the target level now yet commercial catch rates have been maintained. The Minister must increase the Total Allowable Catch (TAC) to cover existing use, with no increase to the Total Allowable Commercial Catch (TACC).

The New Zealand Sport Fishing Council has reviewed the Ministry’s proposals for the future management of Snapper 7. This Preliminary  view includes initial comments on the Snapper 7 and John dory 7 proposals. The recommendation is for the Council to submit in support of increasing the Total Allowable Catch (TAC) so the Minister can set aside a more realistic allowance for recreational fishing.

The Ministry for Primary Industries (MPI) proposes two options for the future management of Snapper 7 (SNA7). One option is the status quo. Option two proposes an increase to the Total Allowable Catch (TAC) by 78%. The largest increase would be to the recreational allowance (up 178%) to better align with estimated, although uncertain, current catch. The Total Allowable Commercial Catch (TACC) would increase 25%, from 200 to 250 tonnes.

The Ministry for Primary Industries (MPI) advises it is consulting on management measures for a range of fish stocks including Snapper 7 (SNA7). Submission deadline is 11 July, leaving us 21 working days to read the proposals, do our research, consult with our members and supporters and write a submission. From our perspective this timeframe is inadequate and likely unlawful.