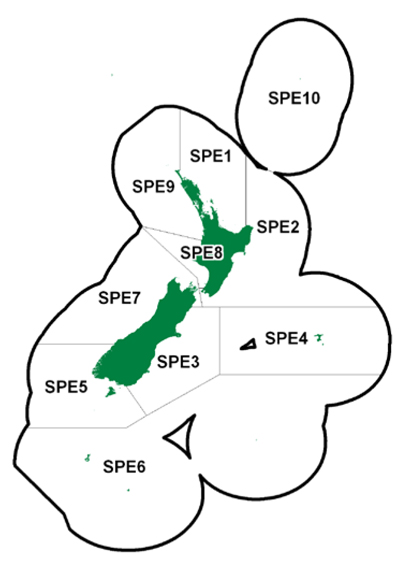 On 12 July 2013 the Ministry for Primary Industries (MPI) released their proposed management options for Sea Perch 1 and a variety of other fish stocks and deemed value rates. Submissions were invited by the deadline of 9 August.

The New Zealand Sport Fishing Council is committed to ensuring that sustainabilty measures and management controls in Sea Perch 1 (SPE1) are designed and implemented to achieve the purpose and principles of the Fisheries Act 1996.

The NZSFC has serious concerns that the use of bulk harvesting methods such as trawling in inshore low foul to target Sea perch does not meet the environmental principles of the Fisheries Act.

These concerns are exacerbated by the knowledge that the total allowable commercial catch (TACC) is not constraining commercial effort and that MPI now propose to increase the TACC to enable more scouring of our inshore low foul and reef habitat.

The NZSFC recommend the total allowable catch be increased to account for an allowance of 3 tonne for fishing related mortality and the overall recreational allowance increased from 1 to 3 tonne to better reflect current harvest.

Nathan Guy, the Minister for Primary Industries, has announced a 60% increase to the total allowable commercial catch (TACC) for Sea Perch 1. This increase will apply from 1 October 2013.

A new allowance of 3 tonne has been made for fishing related mortality. There is no change to the overall recreational allowance of one tonne. Read page 8 of the Minister’s decision to see the details.

The Ministry for Primary Industries (MPI) recommend the Minister increase the TACC by 60% and make a 3 tonne allowance for fishing related mortality. This increase will apply from 1 October 2013.

MPI base their recomendation for a TACC increase on current catch levels. They advise the Minister there is no new information to support a change to the current customary or recreational allowances. The NZSFC disagrees.

The New Zealand Sport Fishing Council is concerned that increasing the TACC rewards trawling over or close to foul ground, which is habitat of significance for hard bottom benthic communities and other reef fish. The steadily rising catch by trawlers indicates fishing in the habitats where Sea perch live.

The NZSFC submit that the TACC must remain unchanged at 33 tonnes, to provide some incentive for trawl fishers to avoid Sea perch habitat and improve their bulk harvesting technology.

The Ministry for Primary Industries (MPI) decline the NZ Sport Fishing Council request to extend the deadline for submissions on a variety of species, including Sea perch 1, Snapper 7 and Kingfish 7.

The New Zealand Sport Fishing Council request an extension to the 9th August submission deadline for a variety of species, including Sea perch 1, Snapper 7 and Kingfish 7. NZSFC resources were stretched as there was also a focus on responding to the Snapper 1 proposals.

The Ministry for Primary Industries (MPI) propose a change to the commercial catch level in Sea Perch 1 (SPE1). MPI provide two options in their Initial Position Paper (IPP), the status quo or a total allowable catch (TAC) increase from 35 to 58 tonnes, a total allowable commercial catch (TACC) increase from 33 to 53 tonnes, and a new allowance for fishing related mortality of 3 tonne. No changes are proposed to the recreational allowance.

The Ministry for Primary Industries (MPI) propose a change to the commercial catch level in Sea Perch 1 (SPE1). MPI are seeking feedback on their proposals. The Sea Perch 1 fish stock is one of a variety of stocks that are being reviewed prior to the start of the new commercial fishing year on 1 October 2013.