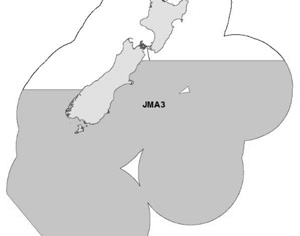 On June 10th the Ministry for Primary Industries (MPI) advised they were consulting on options for the future management of Jack Mackerel (JMA3), spanning the western, southern and eastern coasts of the South Island.

MPI has proposed four options, one not much different to current management, the other three present cuts to the Total Allowable Commercial Catch (TACC) by 50% or more. Allowances for non-commercial fishing interests and other, fishing related mortality are proposed for the first time.

The New Zealand Sport Fishing Council will be submitting a response to the proposals. We strongly object to the short consultation timeframe offered by the Ministry. This time we had 21 working days, totally inadequate for us as a volunteer organisation to firstly review and understand the proposals, research background information, prepare a response and then talk with affected members and supporters in the lower North Island and South Island.

While the harvest of jack mackerel by recreational fishers is not large in Jack mackerel 3 there has been concern by clubs and LegaSea supporters about the crucial role this species plays in the food web. In southern waters where pilchard and anchovy are less common, jack mackerel provide that critical link in the food chain, between plankton and larger predators.

Nathan Guy, the Minister for Primary Industries (MPI) has decided to apply Option 2, as recommended by MPI. There is no decision to classify the Chilean jack mackerel as a distinct quota species, separate from the NZ jack mackerel. The NZSFC-LegaSea submitters remain concerned that the 1994/95 agreement to only permit catch increases for Chilean jack mackerel has been, and continues to be, ignored.   [Caution: File size – 8MB]

The Jack mackerel 3 discussion and recommendations are on pages 40 to 53.

The Ministry for Primary Industries received seven submissions in response to their proposed four options for the future management of Jack mackerel 3. Our NZSFC-LegaSea submission was the only submission from recreational fishing interests. We were joined by Sealord and Te Ohu Kaimoana in supporting MPI’s Option 2. Our support was conditional on MPI making Chilean jack mackerel a separate quota species from the NZ jack mackerel.

The New Zealand Sport Fishing Council submits the Minister must decrease the Total Allowable Catch (TAC) for Jack mackerel 3 to cover existing use. That means reducing the Total Allowable Commercial Catch by half, and establishing allowances for other, fishing related mortality and non-commercial use, both customary and recreational.

The Ministry for Primary Industries (MPI) propose four options for the future management of Jack mackerel 3. One is similar to current commercial catch levels, with allowances made for non-commercial use and mortality. The other three options include substantial cuts to the Total Allowable Commercial Catch (TACC) to enable this depleted fishery to rebuild.

The Ministry for Primary Industries (MPI) advises it is consulting on management measures for a range of fish stocks including Jack mackerel 3 (JMA3). Submission deadline is 11 July, leaving us 21 working days to read the proposals, do our research, consult with our members and supporters and write a submission. From our perspective this timeframe is inadequate and likely unlawful.