The Council has proudly and determinedly represented our recreational fishing and environmental interests for 59 years.

We strive to present cogent arguments and develop policies with the objective of ensuring the management measures and controls applying in our fisheries are designed and implemented to achieve the Purpose and Principles of the Fisheries Act 1996.

Restoring abundance in our inshore fisheries has been a particular focus for the Council.

Due to the extensive, nationwide interest of our 57 clubs the Council submits on a range of issues and proposals. Given these broad interests our team also engages in a variety of processes that impact on the marine environment.

The Council uses LegaSea to publicise their ongoing work and generate public awareness of the important issues.

LegaSea provides public-friendly information so you can understand the complex issues and threats facing our recreational and environmental fishing interests.

What follows is a summary of submissions made in 2016. More will be added during the year. Latest documents are at the top of the lists.

Submission. Future of our Fisheries. 23 December 2016

A submission by recreational interests to achieve abundance and diversity in NZ’s inshore marine environment. This submission was jointly compiled by the NZSFC members, the NZ Angling and Casting Association and LegaSea supporters. The Future of our Fisheries process is a follow-on from the 2015 fisheries system review.

A submission supporting 6 of the 20 proposed Marine Protected Areas for the southeast coast of the South Island. This submission highlights the lack of consideration given to the safety of people in small craft who need to fish close to the shoreline, and the prevailing adverse weather conditions that give natural protection to the region for most of the year. 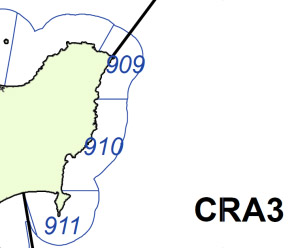 The Gisborne Tatapouri Sports Fishing Club and New Zealand Sport Fishing Council submits the Minister must improve the performance of the CRA3 fishery by firstly addressing the sustainability concerns of non-commercial stakeholders, and agreeing to remove the concession enabling the commercial harvest of crayfish smaller than the Minimum Legal Size that applies to recreational fishing. A full review of rock lobster management in NZ is required.

The New Zealand Sport Fishing Council submits in support of the application to extend the temporary closure of Maunganui Bay in the Bay of Islands. The current closure prohibits the take of all fisheries resources except kina. The closure expires on 29 October 2016. The application is to renew that temporary closure for another two years.

The New Zealand Sport Fishing Council submits the Snapper 7 fishery is in a state of sustainable depletion – that is the fishery was overfished in the 1970s and 80s, it remains below the target level now yet commercial catch rates have been maintained. The Minister must increase the Total Allowable Catch (TAC) to cover existing use, with no increase to the Total Allowable Commercial Catch (TACC).

The New Zealand Sport Fishing Council submits in support of the Ministry’s and paua industry’s call for cuts to commercial harvesting to rebuild the Paua 7 fish stock. The Paua 7 stock has been below target stock size for nearly 20 years. Low abundance is impacting on recreational harvest. The NZSFC objects to shelving. There is no statutory support for shelving, the Minister is responsible for rebuilding and maintaining Paua 7 in an abundant state.

The New Zealand Sport Fishing Council submits the John dory 7 fishery particularly in the Tasman and Golden Bays, is showing signs of growth overfishing. Precautionary management is required for this important fish stock. The proposed increase to the Total Allowable Commercial Catch (TACC) goes against all reasonable expectations and environmental principles.

The New Zealand Sport Fishing Council submits in support of the Ministry’s option 3, as a minimum, to rebuild the bluenose fishery to the default target stock size of 40% of unfished biomass, B40. Catch reductions must not be deferred again, as they were in 2013/14, on the promise of more data gathering. Bluenose has all the characteristics of an overexploited stock. It must be rebuilt now.

The New Zealand Sport Fishing Council submits the Minister must decrease the Total Allowable Catch (TAC) for Jack mackerel 3 to cover existing use. That means reducing the Total Allowable Commercial Catch by half, and establishing allowances for other, fishing related mortality and non-commercial use, both customary and recreational. 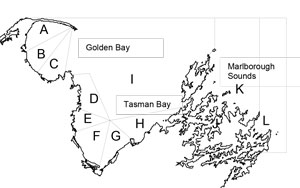 The New Zealand Sport Fishing Council – LegaSea submission supports the Trust’s application for a further 2-year closure of Umupuia Beach, Manukau, to the harvest of cockles. The submitters acknowledge the Trust for their commitment to both protect and rebuild the cockle fishery, and educate the wider community.

The New Zealand Sport Fishing Council opposes the Fiordland Lobster Company’s application for exemption from the aggregation limit of 10% applicable to CRA 4, 7 & 8. These crayfish stocks, CRA 4 (Wellington/Hawkes Bay), CRA 7 (Otago) and CRA 8 (Southern), are valuable non-commercial fisheries. Aggregation limits are an integral part of the QMS and providing exemptions allows control of fisheries to be vested in a single company, enabling that entity to manipulate the market.

The New Zealand Sport Fishing Council and affiliated Bay of Plenty clubs do not support the current proposal to close Astrolabe Reef to all fishing for two years. The existing closure, due to the Rena grounding, extends 2-nautical miles radius around the reef. The current proposal is to extend that closure to a 3-nautical mile radius. There is no clear explanation why this 126% increase in size is necessary.

The Ministry for Primary Industries continues to withhold commercial catch information requested since 2012. Another request for that data has been made in this submission. The Council urges the Minister to exercise his statutory powers and obligations to prohibit the use of Victorian box dredges due to their damaging effects on scallops, the seabed and habitats that sustain other species such as snapper and other finfish.

The Ministry for Primary Industries proposes to increase commercial catch levels for surf clams in Area 7 based on ongoing, deliberate excessive commercial harvesting. The Council objects to this mismanagement and instead recommends a management and research plan is developed to incorporate the views of the local community. A more effective system is required to constrain commercial harvest to the lawful sustainability limits set by the Minister.

The New Zealand Sport Fishing Council recommend the deemed value regime is acknowledged as a failure to constrain commercial catch to the statutory catch limits in some important fish stocks. New Zealand needs a more flexible mechanism to remove the incentive to overcatch the Total Allowable Commercial Catch (TACC) and receive increase Annual Catch Entitlement (ACE) in the future.

The Government is consulting on a proposal to repeal the Marine Reserves Act and replace it with the Marine Protected Areas (MPA) Act so a network of marine reserves can be established in the Territorial Sea surrounding New Zealand. The Territorial Sea extends from the coastline out to 12 nautical miles. Four types of MPAs are proposed: marine reserves, species-specific sanctuaries, seabed reserves and two recreational fishing parks, one in the Hauraki Gulf, the other in the Marlborough Sounds. The New Zealand Sport Fishing Council will be working with its partners to submit in response to the proposals by the deadline of 11 March.