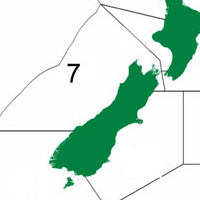 The New Zealand Sport Fishing Council submitted its recommendations by the deadline of 11 February 2016.

The New Zealand Sport Fishing Council is concerned that there is little consideration given to the importance of Surf clams to sustaining biodiversity and ecosystem function, and impacts on other species. There has also been little regard given to the local community’s concerns that another commercial catch increase will be granted on the basis of exceeding the sustainable limits set by the Minister.

Surf clams are a target species on Schedule 6 of the Fisheries Act enabling fishers to return catch back to the sea, yet the commercial catch limits have been exceeded since 2012/13. The Surf clam market is clearly being developed for export markets.

Meanwhile, local landbased fishers on Rarangi Beach, Marlborough, have difficulty fishing due to the frequent dredging along the beachfront, within the 3-10m depth zone. This dredging, with tow wires and hoses, is intimidating and potentially dangerous for amateur longline fishers.

This is a collection of documents relevant to the management of Surf Clam 7 stocks.

Nathan Guy, the Minister for Primary Industries, has ignored local concerns that the surf clam commercial catch levels need to remain as is until more information is available. Instead, the Minister has increased the Total Allowable Catch (TAC) and Total Allowable Commercial Catch (TACC) for four species by 94 to 700%. The Minister says local concerns about the loss of amenity values are beyond the scope of this sustainability round. This is not correct, the Minister has a statutory duty under the Fisheries Act to provide for the social, economic and cultural wellbeing of all New Zealanders.

The New Zealand Sport Fishing Council recommends no increase to the Total Allowable Catch (TAC) or Total Allowable Commercial Catch (TACC) for Surf clam 7 stocks in April 2016. The Council also recommends that no TACC increase is granted on the basis of ongoing, deliberate excessive commercial harvest of target species such as surf clams when these species are on Schedule 6 of the Fisheries Act and can be returned to the water from where they were harvested, if they are likely to survive.

NZFarmer.co.nz reports that a Marlborough clam harvester who overfished by 128 tonnes last year could have their quota doubled. The Ministry for Primary Industries has proposed an increase to the total commercial catch for triangle shell clams, or diamond shell clams, from 112 to 223 tonnes in zone seven. Marlborough company Cloudy Bay Clams is the only commercial operator in the area.

The New Zealand Sport Fishing Council is concerned that there is insufficient data on which to base such substantial commercial catches. A more precautionary approach is required to sustain biodiversity and ecosystem function, and mitigate the impacts on other species.

The Ministry for Primary Industries has proposed substantial increases to the Total Allowable Catch (TAC) and Total Allowable Commercial Catch (TACC) for four species of surf clams in Quota Management Area 7, Marlborough and the West Coast of the South Island. Submissions are due with MPI by 11 February 2016.