On 9 June the Ministry for Primary Industries (MPI) advised they were consulting on options for the future management of the Southern Scallop fishery (SCA7).

Scallop 7 (SCA7) extends from Cape Farewell in the west to the Tory Channel in the east, at the top of the South Island.

MPI has proposed to temporarily close parts of the SCA7 fishery for the upcoming 2016-17 season starting on 15 July. MPI has asked for feedback on their three proposed management options, and wants feedback on longer term measures to help rebuild the fishery.

Through LegaSea the New Zealand Sport Fishing Council has consulted with a range of people who have a long-term interest in SCA7.

The Council also submitted an urgent Official Information Act request for the Memorandum of Understanding (MoU) between the Ministry and the Challenger Scallop Enhancement Company (CSEC). This OIA request was submitted on 14 June and, despite the urgent request, there has been no acknowledgement or response from the Ministry or the Challenger Scallop Enhancement Company.

The NZSFC acknowledge that other recreational groups have varying views on how to address depletion in this fishery. The submission below outlines why the Council has recommended a complete closure until the SCA7 fishery rebuilds.

On July 12th Nathan Guy, the Minister for Primary Industries, announced the partial closure of the Scallop 7 fishery for the next season starting on 15 July 2016 and finishing on 14 February 2017. Further details below.

Nathan Guy, Ministry for Primary Industries, announced the partial closure of the Southern Scallop fishery (SCA7) on 12 July. This letter provides more detail on the rationale for his decision and what he hopes will occur next in this important fishery. A multi-sector group will consider the need for any further controls. Any proposals will be publicly consulted before new management measures are applied.

LegaSea issue a media release, on behalf of the NZSFC, supporting the Minister’s SCA7 decision. In our view the decision did not go as far as we would have liked. The team had submitted for a complete closure of the Scallop 7 fishery, but we were encouraged that so many people were willing to forego catch now in order to maximise the chance of getting a rapid rebuild in the SCA7 fishery.

Nathan Guy, Ministry for Primary Industries, has announced he will be closing part of the Southern Scallop fishery (SCA7), which covers the top and northwest coast of the South Island. This map depicts where the closure applies. It includes all of the Marlborough Sounds and eastern part of Tasman Bay. The closure only applies to the 2016-17 season.

Nathan Guy, Ministry for Primary Industries, announced his decision for the partial closure of the Scallop 7 fishery for the upcoming scallop season. The decision applies from the start of the new fishing year on 15 July 2016 and goes to 14 February 2016. The objective is to rest the scallop beds, allow mature scallops to spawn uninterrupted and enable small scallops to grow.

The New Zealand Sport Fishing Council-LegaSea submission recommends the Scallop 7 fishery is closed to all fishing until abundance surveys indicate a surplus yield is available for harvest. When the stock has recovered to that level of abundance, the Minister ought to allow a staged resumption of scallop harvest, for non-commercial use first then commercial use when more yield is available to sustain both non-commercial and commercial exploitation.

The Marlborough Recreational Fishers Association submits that Option 2 is the only serious pathway to recovery of the fishery. The Association highlights that an undisturbed season will buy time for greater breeding and recruitment, and help the scallop population to recover.  They also recommend the establishment of a joint sector management group to discuss long-term solutions to rebuild and sustain the Scallop 7 fishery. 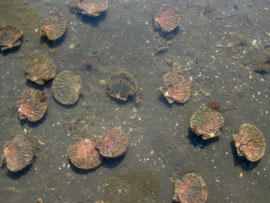 The Mana Aquatic Divers Club recommends all commercial fishing for scallops in Area 7 stops until further science can define sustainable catch limits and methods. All bottom dredging catch methods must cease immediately for both the recreational and commercial sector. They also recommend a stakeholder management group be established to develop a long term plan to rebuild the SCA7 fishery.

The New Zealand Sport Fishing Council summarise the Ministry’s proposals for the future management of the Southern Scallop fishery (SCA7). After reviewing the options the fisheries team concludes there is no meaningful strategy for rebuilding this depleted fish stock. The team provides recommendations for the NZSFC to consider in their submission.

The New Zealand Sport Fishing Council submit an urgent Official Information Act request seeking a copy of the Memorandum of Understanding (MoU) between the Ministry and the Challenger Scallop Enhancement Company. The Council also requested a copy of the Enhancement Plan (1998) and revised plan (2005). No acknowledgement or response was received from the Ministry prior to the 1 July submission deadline.

The Ministry for Primary Industries issue a discussion document providing its rationale for the three options proposed for the future management of the Southern Scallop fishery (SCA7). Two options include partial, temporary closures of some areas either in the Marlborough Sounds or Tasman Bay. The third option is the status quo, no new closures for the 2016-17 season. They advise the need for a quick response so that any decision the Minister makes can be applied from the start of the new fishing year, on 15 July 2016.

The Ministry for Primary Industries’ Fisheries Assessment Report (FAR) summarising the results of the November 2015 survey of scallop abundance at the top of the South Island.